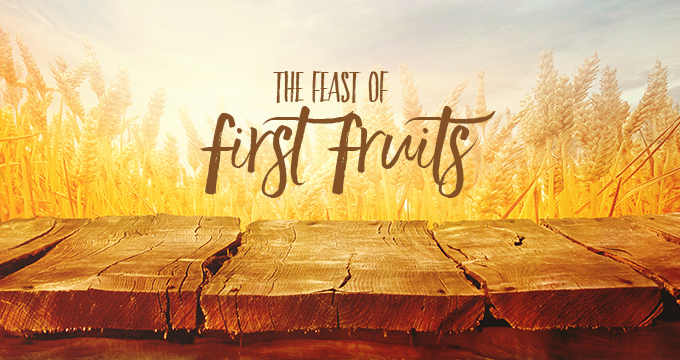 When is The Wave Offering?

Update to this article:

I found scripture explaining that the term ‘Firstfruits’ in the context of this article is wrong. The day described here is actually the Wave of the Sheaf.

The actual ‘Firstfruits’ is a holy assembly on the day after the seven-week count, also called Shavu’oth, Pentecost, the Feast of Weeks.

Therefore, most places in this article where you read Firstfruits, it is meant Shavu’oth/Feast of Weeks/Pentecost. I have gone through the text of the article and did a strikethrough of where it is used wrong.

Supporting Scripture:
Many verses describe an offering of your Firstfruits. This is any Firstfruits, any part of the year. The operative part of the concept is the first of the increase of your belongings.

Then there is a Day of Firstfruits.
Num_28:26 Also in the day of the firstfruits, when ye bring a new meat offering unto YAHUAH after your weeks be out, ye shall have a holy assembly; ye shall do no servile work:
The day in Leviticus is called “that day when ye wave the sheaf,” and the specific offerings of that day are described, but nowhere is it called a ‘holy assembly.’

It becomes much clearer in Jubilees:

AND in the fifth year of the fourth week of this jubilee, in the third month, in the middle of the month, Avram celebrated the Feast of the Firstfruits of the grain harvest. YOVHELIYM (JUBILEES) 15:1 את CEPHER

And she bore a son in the third month, and in the middle of the month, at the time of which YAHUAH had spoken to Avraham, on the Feast of the Firstfruits of the harvest, Yitschaq was born. YOVHELIYM (JUBILEES) 16:13 את CEPHER

AND it came to pass in the first week in the forty fourth jubilee, in the second year, that is, the year in which Avraham died, that Yitschaq and Yishma’el came from the Well of the Oath to celebrate the Feast of Shavu’oth that is, the Feast of the Firstfruits of the harvest to Avraham, their father, and Avraham rejoiced because his two sons had come. YOVHELIYM (JUBILEES) 22:1 את CEPHER

For it is the Feast of Shavu’oth and the Feast of Firstfruits of the wheat harvest: this feast is twofold and of a double nature: according to what is written and engraven concerning it, celebrate it. YOVHELIYM (JUBILEES) 6:21 את CEPHER

But why is it so easy to understand this so wrong?

In my case, I put it down to headings in the Bible that are inserts of man and not part of Scripture.
It is not in all Bibles, but it is in E-sword. I checked my Afrikaans Bible and the Cepher, and it is not in them. However, I use E-sword a lot for reviewing and studying Scripture and many Bible translations, and it is a standard feature in E-Sword for ALL Bibles.

This is probably my strongest argument for a 23rd-dayWave Offer.

If the Wave Offer were on the 16th day, it is on the second day of the Feast of Unleavened Bread. No leaven may be eaten, only unleavened bread.

But look at what may/may not be eaten as a prescript of The wave Offer!
Lev 23:14 And ye shall eat neither bread, nor parched grain, nor green ears, until the selfsame day that ye have brought את eth-an offering unto your ELOHIYM: it shall be a statute forever throughout your generations in all your dwellings.

Joh 20:17 YAHUSHA said unto her, Touch me not; for I am not yet ascended to my Father: but go to my brethren, and say unto them, I ascend unto my Father, and your Father; and to my YAH, and your YAH.

This YAHUSHA said to Mary Magdalene. She was not allowed to touch Him. Why? Was the Firstfruit not ready yet? Yahusha said He must first ascend to His Father. Later, Thomas the disciple, was encouraged to touch Him? Did Yahusha ascend to Father and returned, as our ripen Firstfruit?

Joh 20:27 Then said he to Ta’om, Reach hither your finger, and behold my hands; and reach hither your hand, and thrust it into my side: and be not faithless, but believing.
Joh 20:28 And Ta’om answered and said unto him, My ADONAI and my ELOHIYM.

We count from The Waving of the Sheaf to the Feast of Weeks.

All the confusion is from 1 text.

(NKJV)
Exo 19:1  In the third month after the children of Israel had gone out of the land of Egypt, on the same day, they came to the Wilderness of Sinai.

(NIV)
On the first day of the third month after the Israelites left Egypt—on that very day—they came to the Desert of Sinai.

Well, what has that to do with when The Wave Offer is? Wave of the Sheaf is clearly stated.

Lev 23:11  He shall wave the sheaf before the LORD, to be accepted on your behalf; on the day after the Sabbath, the priest shall wave it.

Which Shabbath?
The popular interpretation of this verse is that it is the Shabbath after Passover. The High Shabbath. The day following this Shabbath is the day YAHUASHA was raised from the grave. The 16th day.  And YAHUSHA is widely known as the (our) Firstfruit.

So, why is that so important?
A very important Feast day and holy assembly are reckoned on the calendar on account of this day.

1. Shavuot, Firstfruits, The Feast of Weeks, also known as Pentecost.
So, if we get this wrong, we are putting a holy day on the wrong day. We are warned.
Isa 5:20  Woe to those who call evil good, and good evil; Who put darkness for light, and light for darkness; Who put bitter for sweet, and sweet for bitter!

Therefore, if Lev 23:11 is referring to this Shabbath on the 22nd day, waving of the sheaf fall on the 23rd day and not the 16th day as reasoned above.

So we are instructed to count seven complete weeks. A complete week is seven days and does not include the worship days of the New Moon, the transition period from one month to the other. We are then given a checksum of 50 days. (Number that day the 50th day.) Let’s do the math.
7×7 = 49+1 = 50.
Do you think it is a coincidence that seven weeks of seven days, plus one day, is 50 days?
(Some say you have to count the seven weeks and then add 50 days.)

However, the point is that if you count from the wrong day, you cannot arrive at the correct result.

The next logical step is to plot the dates on the calendar and see where they land.

Then, we plot from Wave of the Sheaf being on the 23rd day of the first month. When we do that, we land on the 16th day of the third month.

And here we arrive now at the crucially important date of Ex19:1 at the beginning of this post. From this, so many assumptions are made by commentaries about the Exodus. The claim is that it took 47 days for Israel to reach mount, Sinai. Of course, based on that they arrived here on the first day of the third month. But is this correct?

All the confusion is from 1 text.

(NKJV)
Exo 19:1  In the third month after the children of Israel had gone out of the land of Egypt, on the same day, they came to the Wilderness of Sinai.

(NIV)
On the first day of the third month after the Israelites left Egypt—on that very day—they came to the Desert of Sinai.

Do you see where the confusion comes in? Is the verse talking about the first day of the month or the same day they left Egypt?

Let us look at this verse more closely.

Scripture has no problem calling the first day of the month plain and straightforward (as shown below) simple and clear.

We now have two options for reading this. The New Moon day, the first day, OR the same day Israel left Egypt, the 14th/15th day.

The third new moon, on its own, does not say the first day or new moon day.
Therefore, there is no justification for the NIV translation. There is no mention of day in the original script. It simply says – third new moon.
(NIV)  On the first day of the third month after the Israelites left Egypt—on that very day—they came to the Desert of Sinai.

I, therefore, believe the translators that translate the verse as ‘the first day of the first month’ is wrong, and that it is saying ‘on the same day that Israel left Egypt’, which is the 14th day, that night of the 14th.

I am therefore not going to pay attention to a 9th day, Pentecost, because it is simply wrong. A wrong translation, counting from the wrong day.

What else do I have to prove what I am saying?

Be ready on the third day.

When we read further in Exodus 19, we get to the part, where Yahuah told Moses, that he has three days to prepare, before YAHUAH will speak to them from the mountain.

Exo 19:9 And YAHUAH said unto Mosheh, Lo, I come unto you in a thick cloud, that the people may hear when I speak with you, and believe you forever. And Mosheh told את eth-the words of the people unto EL-YAHUAH.
Exo 19:10 And YAHUAH said unto Mosheh, Go unto the people, and sanctify them today and tomorrow, and let them wash their clothes,
Exo 19:11 And be ready against the third day: for the third day YAHUAH will come down in the sight of all the people upon Mount Ciynai.
On the calendar it looks like this:
Israel arrives on the 14th day, of the third month.
day 14, day 15, day 16.
The sixteenth day of the third month is the third day.

Act 2:2 And suddenly there came a sound from heaven as of a rushing mighty wind, and it filled all the house where they were sitting.
Act 2:3 And there appeared unto them cloven tongues like as of fire, and it sat upon each of them.

YOVHELIYM (JUBILEES) 1:1-2 את CEPHER
AND it came to pass in the first year of the exodus of the children of Yashar’el out of Mitsrayim, in the third month, on the sixteenth day of the month, that ELOHIYM spoke to Mosheh, saying: Come up to me on the Mount, and I will give you two sapphire stones of the Torah and of the commandment, which I have written, that you may teach them.

(But Jubilees gets discounted as not accurate because it is not part of the canon. Even though the contrary has been shown above, how coincidental is it that Jubilees concur?)

In closing, I want to repeat what I started with:

This is probably my strongest argument for a 23rd-day  Wave Offer.

If Wave of the Sheaf were on the 16th day, it is on the second day of the Feast of Unleavened Bread. No leaven may be eaten, only unleavened bread.

But look at what may/may not be eaten as a prescript of Wave of the Sheaf!
Lev 23:14 And ye shall eat neither bread, nor parched grain, nor green ears, until the selfsame day that ye have brought את eth-an offering unto your ELOHIYM: it shall be a statute forever throughout your generations in all your dwellings.

The Shabua Count to Fifty.

Since I wrote this post, another study, title mentioned above, came to my attention. The study is presented in PowerPoint and I cannot duplicate it here. I, therefore, made a video copy of it and uploaded it to YouTube. In order to follow it, you must pause on every page to read a page at a time.